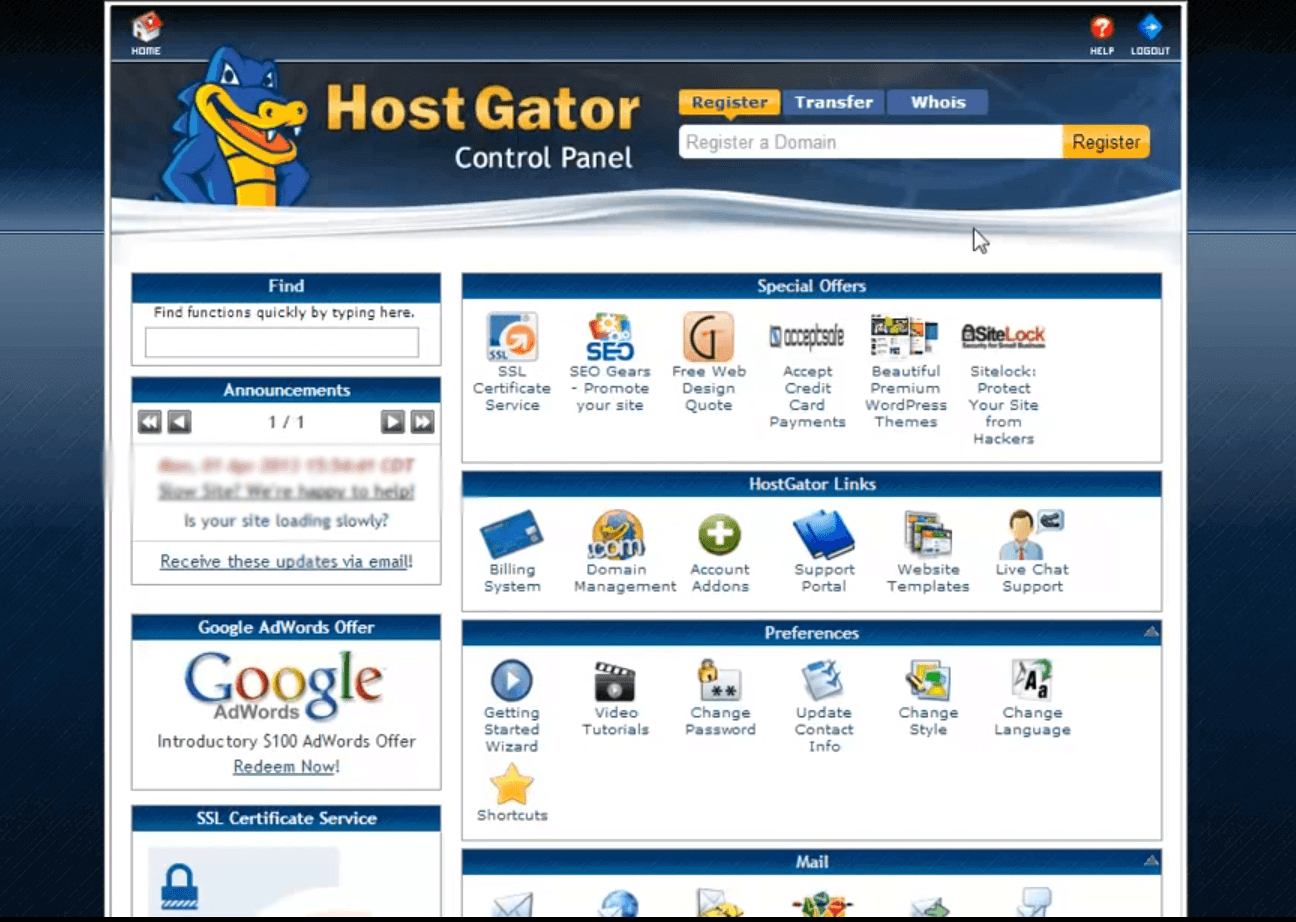 This is one of if not the most recognized name in the world of shared hosting. In fact, it is unlikely to find anyone who’s been involved in hosting websites that have never had an account at one time with Hostgator.

Started in 2002 by Brent Oxley, Hostgator has grown from one man college dorm room company to one of the largest hosting companies in the world. It has become extremely fast during this period and had already passed the 200000 registered domains mark by 2006. By 2013, this number had grown to over 9 million domains and it’s still growing.

It is the most recognizable hosting brand worldwide and in 2011, they opened up a support and data center in India.

In 2012, the CEO shocked everyone when he announced that he was selling the company to Endurance International Group (EIG). This change has been greeted with a lot of anxiety by customers and employees alike. The hosting outages in 2013 and increased incidences of server outages and downtimes only helped fuel this anxiety. However, things only got worse in April and May 2014 when there was a total blackout of their data center in Provo City, Utah.

Through all these problems, it remains as the hosting provider of choice to resellers and small web design and hosting companies worldwide.

Hostgator has a variety of hosting services which include dedicated hosting, shared hosting and VPS hosting. However, they are most famous for their reseller hosting that attracts a lot of professionals in the web design business.

Though there are cheaper shared hosting options from other providers, their shared hosting plan is still very attractive. Their cheapest “hatchling” plan starts at $2.72 for the first month. They come with the following features:

Reseller hosting is by far the most popular hosting package for Hostgator users. It works very well for those starting out in the web hosting business as well as those with many sites to manage. Some of the attractive features include:

Most resellers graduate to VPS hosting especially after being informed of overusing CPU resources that are common. The VPS hosting packages start from $24.95 per month their packages feature:

Hostgator Dedicated Server services are not the cheapest in the market. They are flexible though as they offer both Linux Dedicated servers as well as Windows Dedicated server. However starting at $174 per month for only 500GB they are rather expensive compared to other companies.

Their dedicated servers come with:

There are two distinct histories in Hostgator reliability and support; before and after acquisition by EIG. Since its inception Hostgator was renowned for their 99.9% uptime guarantee. It was this guarantee along with their huge affiliate network that allowed the company to grow so fast.

After the acquisition, however, the standards of their customer support have dropped significantly. Long gone is the highly educative one on one online chats with their support team when one had a problem with their websites. Response times have fallen and so has the quality of support.

This however does not negate the fact that they have probably one of the best hosting networks in the world. They are one of the first companies to adopt green technology for their servers and continue to lead in Green Hosting.

Their servers are hosted in Houston, TX and Provo, in Utah. They claim to have highly redundant systems that include UPS battery backups, Diesel fuel tanks and generators, power distribution units and over 70,000 gallons of on-site water storage to help with cooling their servers.
Their network though was put in a lot of pressure during the 2014 blackouts.

For resellers who are usually web designers and web developers, Hostgator is still the hosting provider of choice. Even though the acquisition by EIG raised a lot of eyebrows, the work done by the previous CEO Brent Oxley was enough to keep them far ahead of the competition.

It seems that they will be offering outstanding services for as long as the alligator has been on earth.